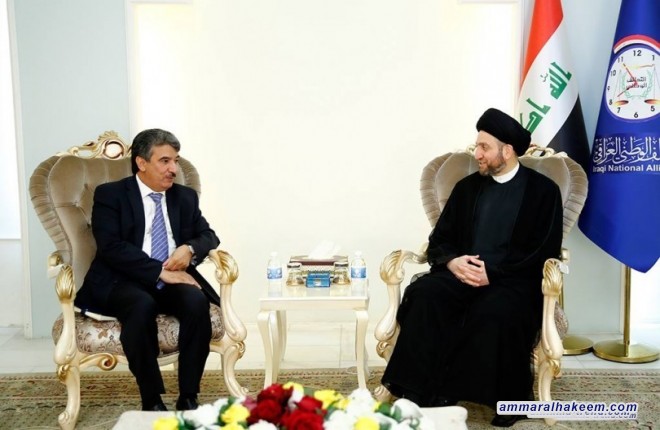 His emetine with Zamanan discussed bilateral relations between the two brotherly countries and the challenges facing the region such as terrorism and projects that threaten regional security.

His eminence stressed that Iraq is a pivotal country in the region and its instability means the instability of the entire region, emphasized on the unity of Iraq’s soil and the people and adherence to the constitution in terms of clauses letter and spirit as expressed by the religious authority.

His eminence pointed out that terrorism is taking its last breath and that the roles played by Iraq were on behalf of the world and the region, called on the international community to assume its responsibilities in terms of the reconstruction of the liberated areas and the areas of the liberators.

Mr. Zamanan stressed his country's support to Iraq in against terrorism and its territorial integrity, stressed the importance of dialogue to solve the problems.