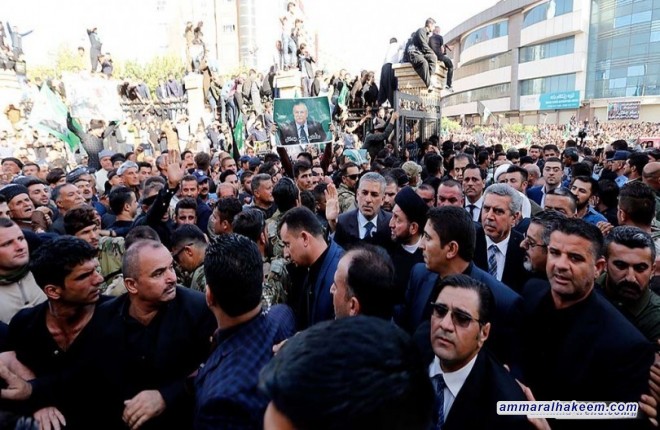 His eminence affirmed that the deceased was a national symbol who managed to complete many of political files, stressed that his departure will leave a gap, but will remain present by his good name.

His eminence stressed the importance of adhering to unity of Iraq and working to achieve the aspirations of the Iraqi components whether they are Kurds or Arabs or Turkmen, Shabak , Sunni, Shiites, Christians and Yazidis, stressed evoking national unity that defeated terrorist Daesh, made the world grateful and praised those victories, his eminence expressed his condolences to the Iraqi people and the family of the deceased And the Patriotic Union of Kurdistan.