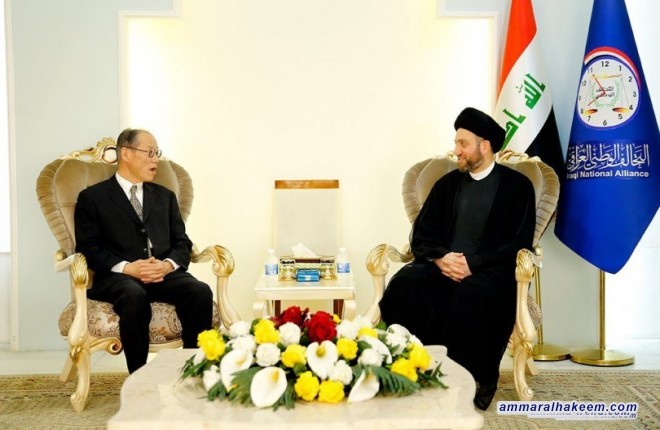 His eminence with Ewai discussed bilateral relations between Iraq and Japan and ways to benefit from Japanese experiences in reconstruction of liberated cities and cities of liberators, stressed the importance of Japanese experience to countries that emerged from wars and internal conflicts, noted that Daesh is taking its last breath, but the terrorist thought needs more effort in terms of confronting, curtailing and eliminating it.

Sayyid Ammar al-Hakim talked about the Iraqi political situation and the referendum crisis, reiterated emphasis on the necessity of respecting the Constitution and the laws in force, indicated that the unity of Iraq is a red line and everyone should express their clear positions towards it.