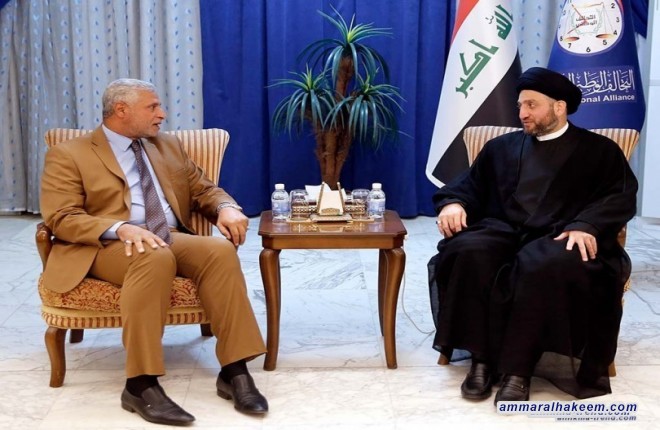 Head of the National Iraqi Alliance, Sayyid Ammar al-Hakim, in his office in Baghdad received the Governor of the Kut, Mahmoud al-Mulla Talal Monday, 13/11/2017
His eminence with Mullah Talal discussed the situation of services in Kut province as the province is one of the important provinces and having oil resources, noted the importance of exertion of efforts to services through modernizing methods, prioritizing and investment efforts.
His eminence called on the province to benefit from the expertise and to communicate with elites and universities to identify problems and address them radically, stressed on cooperation between government institutions and follow-up on projects entrusted to ministries in order to complete these projects and turn them to productive projects that enable the citizen of Wasit to benefit from.