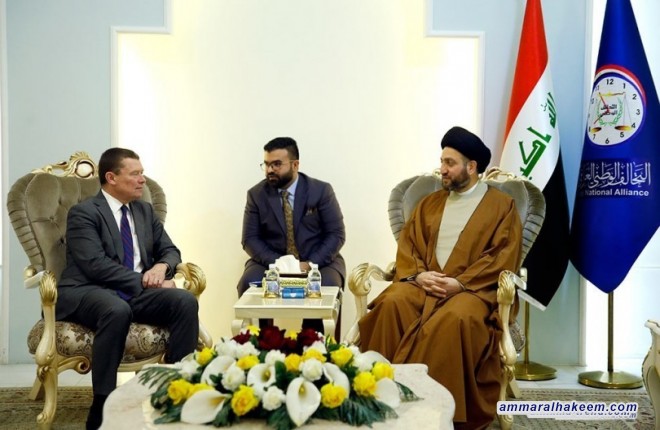 in his office in Baghdad received Ambassador of Sweden Kingdom Pontus Melander Monday 20/11/2017
His eminence with Melander discussed developments of confrontation with terrorism, indicated that Daesh ended on military levels, yet Daesh members still exist in Iraq, and efforts needs to be made to confront Takfiri terrorism.
His eminence emphasized that Iraq fought a war on behalf of the world, and the world should bear its responsibilities in supporting Iraq in reconstruction of liberated cities and cities of liberators, stressed that the stability of Iraq is important for the stability of the region and the world, and that Iraq overcame the military threat and also defeated the challenges of unity through Constitutional and legal methods.