Sayyid Ammar al-Hakim to the Romanian Ambassador: The next phase is building the state and strengthening institutions 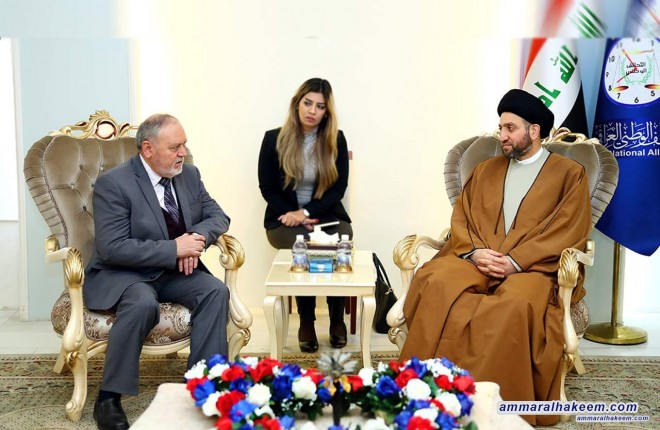 Head of the National Iraqi Alliance, Sayyid Ammar al-Hakim, met Romanian Ambassador Jacob Prada, indicated that the next phase is to build and strengthen institutions, fight corruption and provide jobs, and that Iraq is facing the challenge of providing services and eliminating bureaucracy in order to launch the development process.
His eminence discussed bilateral relations between the two friendly countries and reviewed the general political situation. His eminence affirmed that Iraq has left sectarianism because everyone realized the magnitude of challenges and that Iraqis' need unity and solidarity.
The Romanian ambassador congratulated his eminence for victories achieved, and the success of the founding conference of the Al-Hikma National Movement, commended the sacrifices of Iraqis confronting terrorism.