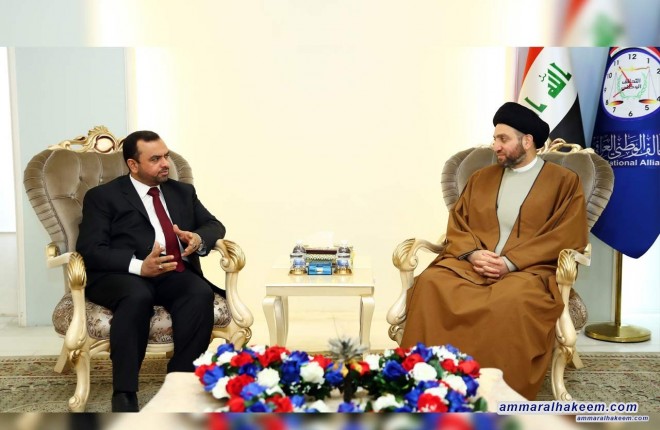 Head of the National Iraqi Alliance, Sayyid Ammar al-Hakim, in his office in Baghdad received the delegation of the Virtue Party headed by its Secretary-General Abdul Hussein al-Mousawi Thursday, 21/12/2017
His eminence with the Virtue Party delegation discussed developments in the political scene and upcoming elections and the necessity of holding the elections on schedule. His eminence stressed the importance of complying with the constitutional scheduling, because elections are the most important manifestations of democracy in any democratic political system.
His eminence stressed that the next phase is the phase of unbiased blocks to prepare the national majority government, indicated that the next phase is completely different from the previous stage, called on everyone to analyze this new reality.