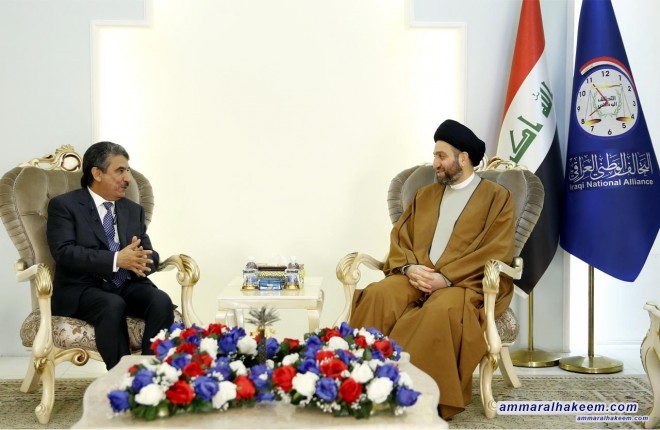 Head of the national Iraqi Alliance, Sayyid Ammar al-Hakim, in his office in Baghdad received Ambassador of Kuwait to Baghdad Mr. Salim Ghasab al-Zamanan Tuesday 26/12/2017
His eminence with Zamanan discussed bilateral relations between Iraq and Kuwait and the required roles in the region, his eminence stressed that dialogue is the best approach in dealing with all issues.
His eminence stressed that holding the elections on schedule a major victory in maintaining the democratic system that was established by the sacrifices of Iraqis and the blood of their martyrs, pointed out the importance of the dialogue between Baghdad and Erbil within the framework of a unified Iraq, the constitution and the law, and that the constitution a guarantee to everyone rights based on the duties and rights equation.