Sayyid Ammar al-Hakim: 2018 is a critical year in consolidation of democracy in Iraq and shift to the stage of state-building and services provision 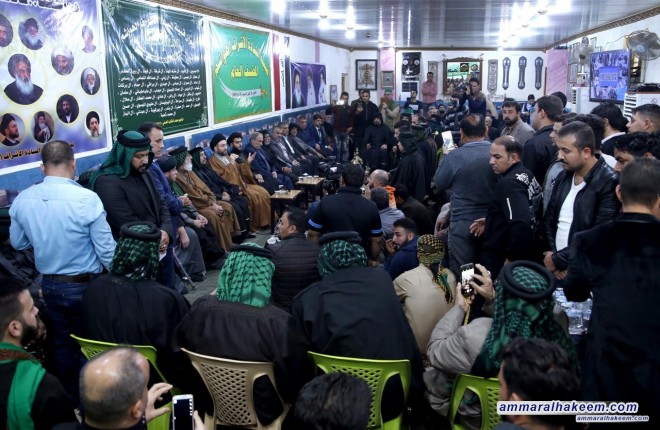 Head of the National Iraqi Alliance, Sayyid Ammar al-Hakim, in a speech at Al-Sadah Al-Hawashim Al-Ashraf host hall Friday, 29/12/2017 indicated that 2018 is a critical and pivotal year that will consolidate democracy, stability and a transition to the stage of building the state, institutions and services, noted that Iraq has impressed the world with the victories over terrorism made in a timely manner.
His eminence indicated that there are various Iraqi victories; the military victory over terrorism, the political victory over challenges to national unity and the societal victory that rejected all calls for division, sectarianism and strife provokers, called to utilize the potentials of Iraq, Iraq’s youth energies, and to focus on achievements, there is more than one success story that must be mentioned and excluded from negative generalization.
His eminence pointed to Al-Hikma National Movement vision to empower young people, stressed the need to organize and arrange using available resources and show that success is not always linked to the availability of high level resources, many successes had been achieved with minimum resources.