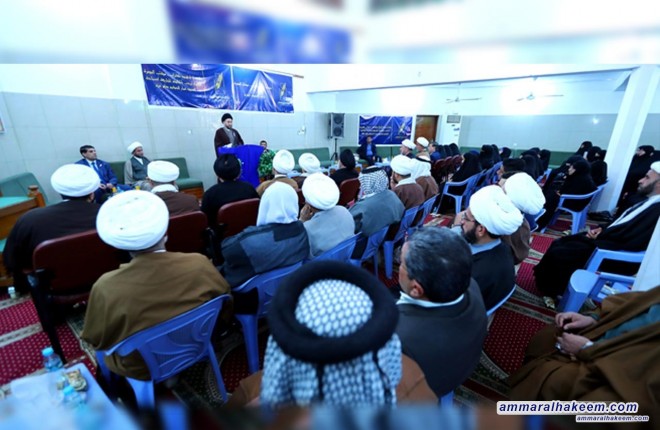 Head of the National Iraqi Alliance, Sayyid Ammar al-Hakim, met a number of male and female emissaries in the province of Basra Thursday 11/1/2018
His eminence called on to face negative and deviant social and cultural practices, shouldered emissaries the responsibility to address these practices and communicate with people to solve them and inlighten the people to its seriousness and to its promotor and motivator.
His eminence stressed on renovating discourse when handling issues, pointed out to the importance of paying attention to the impact of SMS on society, stressed on the necessity of utilizing social networking sites for emissary mission and notifying, because of their impact and role in people's lives.
Sayyid Ammar al-Hakim called to address the negative circulation, noted that mistakes are borne by their doers and it is not right to blame a particular side or ideology for these mistakes, pointed out to address frustration and to spread the spirit of optimism among people, especially that Iraq has achieved important military, political and social victories, stressed the importance of electing the best and most efficient who are capable of meeting people's aspirations.