Sayyid Ammar al-Hakim: Baghdad bombings an attempt to disrupt the will of the people after the great victories on Daesh 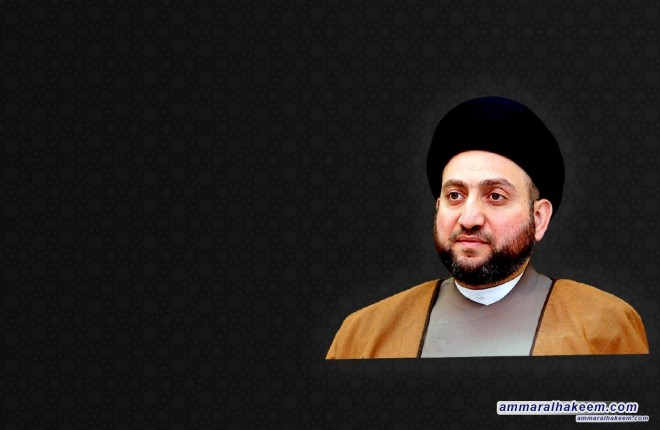 Head of the National Iraqi Alliance, Sayyid Ammar al-Hakim, called on the security services to review their plans and initiate intensive intelligence work to stand up to the cowardly terrorist attacks targeting innocent civilians, emphasized that these bombings are a desperate attempt to discourage the strong will of the Iraqi people that defeated Daesh in the battlefield.
His eminence considered targeting of innocent civilians in Kadhimiya yesterday and in Tayaran Square today a terrorist attempt to disrupt the will of the people, expressed his resentment and condemnation of these terrible crimes, stressed to proceed after achieving victory over Daesh terrorism to build the state of institutions that serves its people through an electoral practice based on people participation in the elections that is approaching its due time after a few months.
His eminence urged the security services to review their plans and embark on a wide-ranging organized action to pounce and eliminate the hotbeds of terrorism in order to preserve the security and safety of the citizens, so that our people can build their future. His eminence prayed the Almighty Allah to be merciful to martyrs and grant the wounded a swift recovery.