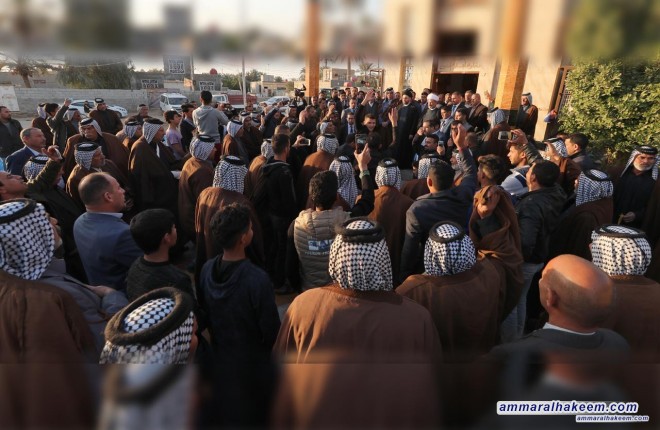 Head of the National Iraqi Alliance, Sayyid Ammar al-Hakim, met tribes of Al-Qa’an Al-Hamad at Sheikh Sami Al-Hamdawi host-house in Diwaniyah Thursday 18/1/2018
His eminence reiterated his call to respect constitutional timing and abide by the deadline for holding the elections, pointed out that all problems that are raised support the purpose for holding the elections on time without postponing, in order to reinstate the Iraqi voter's right to elect those he sees fit to end his suffering. His eminence demanded the government to ease obstacle facing the resettlement of displaced people to their cities.
His eminence indicated that the tribes are one of the three cornerstones that preserved Iraq, the tribal strength and cohesion is an important entry to building the civil state and maintaining military, political and societal victories, stressed on the winning the challenge of building the state and institutions and achieving justice among all without discrimination.