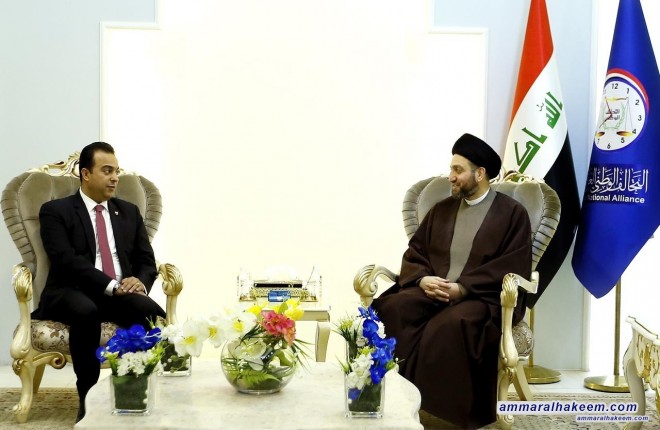 Head of the National Iraqi Alliance, Sayyid Ammar al-Hakim, at his office in Baghdad received a Bahraini parliament delegation led by first deputy of Bahrain council of representatives Friday 19/1/2018
His eminence with the delegation discussed bilateral relations between Iraq and Bahrain and aspects of developing relations to meet the interests of both countries.
His eminence indicated that Iraq is now open to all, stronger and more united than any time before, affirming that “Iraq will take its leading role in the region as a bridge for dialogue and convergence the interests of region’s countries”, emphasized that Iraq achieved a great social victory in regaining its people and embracing all its components.
The Bahraini delegation praised the ideas of Sayyid Ammar al-Hakim and his vision for the future of Iraq, stressed that the strength of Iraq and its territorial unity is a strength for the region and the people region.