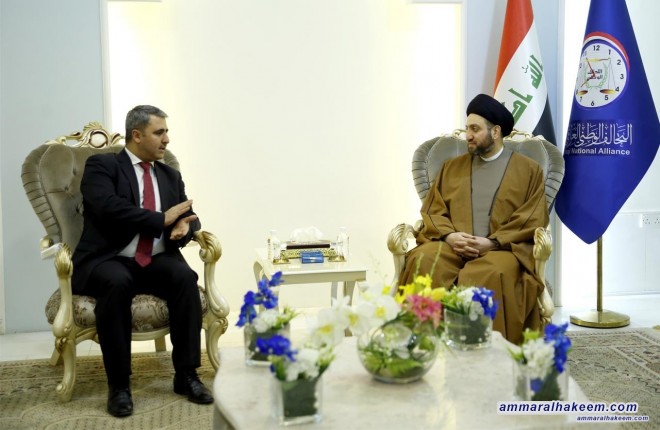 His eminence called to resolve the election law issue, either through passing of a new law or vote on the previous law, indicated that resolution of electoral law is necessary to implement to the parliamentary elections.
His eminence stressed that the Federal Court concluded the decision on elections and its constitutional date, and urged the political blocs to compete according to best programs and seek which programs provide service to the citizen and make success so that Iraq wins the challenge of building the state and institutions. His eminence called the Council of Representatives to invest time to pass laws that have a direct impact to citizens' daily life, including the federal budget.
Sheikh Mohammed confirmed his support along with his bloc to hold the elections on schedule, indicated the importance of overcoming all the obstacles facing the electoral process as elections are the most important feature of the democratic system.