Sayyid Ammar al-Hakim to meet the governor of Wasit Mr. Mahmoud Mulla Talal and discusses the reality of service in the province 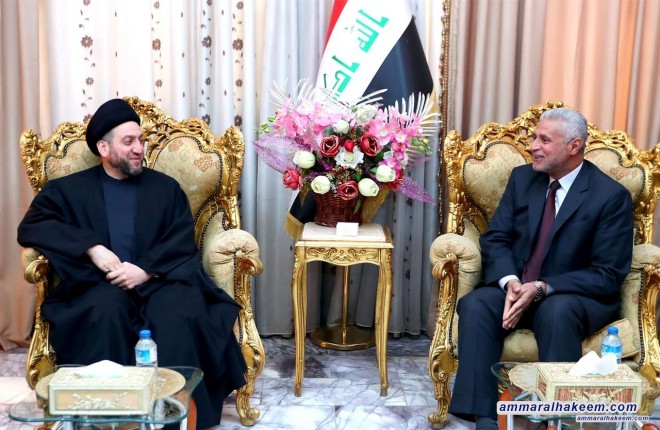 Head of the National Iraqi Alliance, Sayyid Ammar al-Hakim, met Governor of Wasit, Mr. Mahmoud Mulla Talal at the latter's office, Wasit province Wednesday 31/1/2018 His eminence discussed the reality of service in the province, stressed the importance of providing services to the citizens of Wasit province and support this giving province, considering the positions of Wasit province people in the fight against dictatorship, during confronting terrorism and responding to religious authority call. His eminence stressed the importance of Iraq's success in the state-building and services provision challenge, the provinces and local governments should represent the success of Iraq in the challenge of state-building, after the military success over Daesh, and the political success over division projects and community success countering the dictatorship. His eminence stressed the importance of implementing the programs using the available resources, and the importance of coordination with universities and competencies of the Wasit province in the national and international levels.