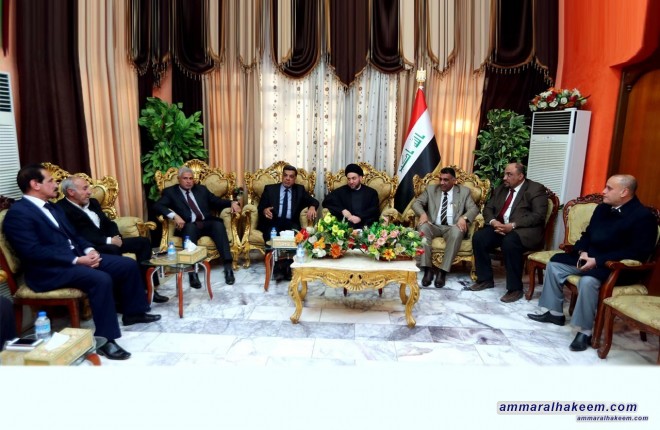 During the visit program of Wasit province Head of the National Iraqi Alliance, Sayyid Ammar al-Hakim, met Dean of Wasit University, Dr. Hadi Al-Attabi, and members university staff, University of Wasit Thursday 1/2/2018.
His eminence stressed the necessity to raise academic level, praising the scientific level achieved by Iraqi universities despite the difficult circumstances and hardship, called for coordinating roles amongst universities, local governments and the federal government to improve the level of services provided to citizens, including educational services.
His eminence stressed the to end conflict of powers amongst local governments, the federal government and concerned ministries, pointed out that solving conflict of powers will enable institutions to start and move on in wider areas. His eminence urged to modernize school curriculum in order to keep up with scientific development and leaps witnessed by the world.