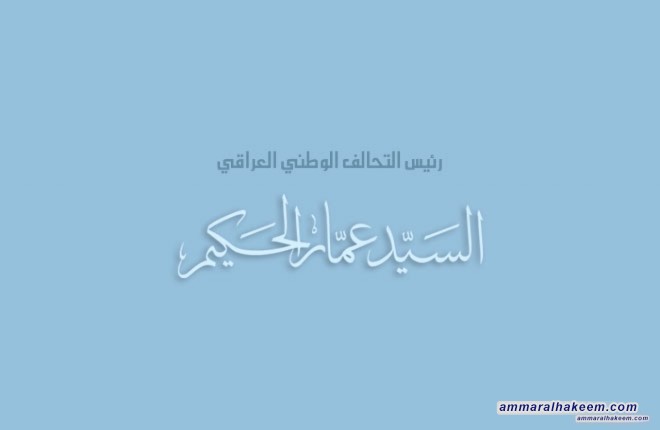 Head of the National Iraqi Alliance, Sayyid Ammar al-Hakim, during his visit to districts of Wasit province met with chief sheikh, tribal figures and elders the Zaid tribe in Iraq Thursday 1/2/2018.
His eminence advises to make Iraq successful in the challenges of state and institutions building and not returning to square one, the success in this challenge is a culmination of the victories achieved; the eliminating of terrorism on the military level, the social victory in the face of sectarianism and political victory in the face of the challenges of dividing Iraq .
His Eminence indicated that the military victory over Daesh is a victory for all who contributed in this victory, praised the role played by the Iraqi tribes in responding the call of religious authority in the face of terrorism, pointed out that the challenge of state-building seems difficult at the moment, however all challenges facing Iraq starts difficult but Iraq prevails, stressed the importance of prioritizing Iraq’s interest when engaging with regional and world countries, as observing Iraq’s interest is the most important verification of patriotism.