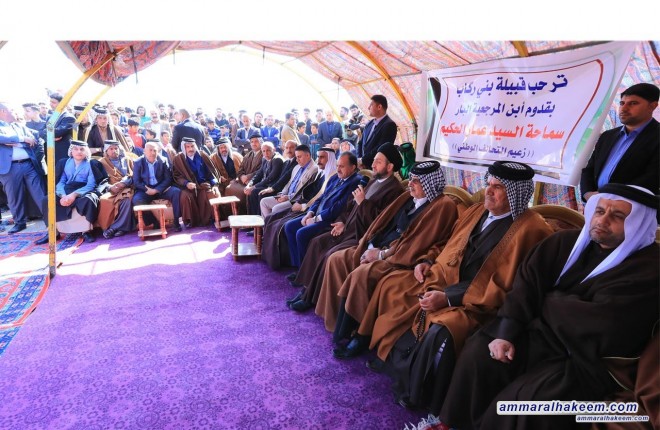 Head of the National Iraqi Alliance, Sayyid Ammar al-Hakim, visited guest house of Qaraghul tribe and met with its chieftain Abu Mashtaq al-Qaraghuli and a number of elders and intellectuals, and visited guest house Bani Rekab tribes, province of Dhi Qar, Thursday, 8/2/2028.
His eminence reminded of the long history that gather the religious authority with Iraqi tribes during the critical turning points of the history of Iraq, opposing the former regime and confrontating dictatorship, including the tribe of Qarghul and the tribes of Bani Rekab.
His eminence pointed out that it crucial to win the state-building challenge in order to preserve achievements to challenges and victories in Iraq, and that sectarianism is political in nature and utilized by some politicians for gaining votes, called to vote for who are most competent, fair and has a vision and a plan of action.