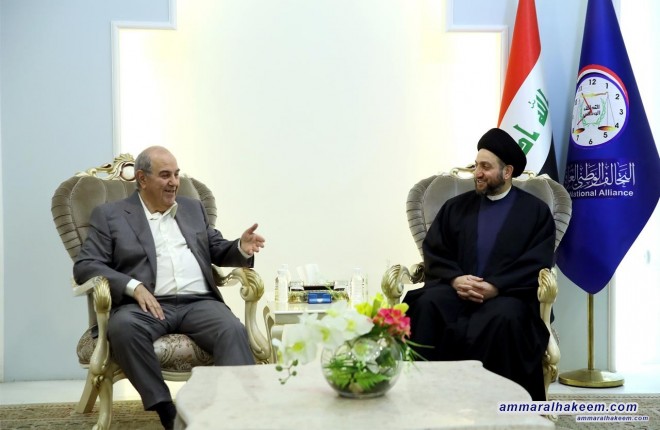 Head of the National Iraqi Alliance, Sayyid Ammar al-Hakim, in his office in Baghdad received Vice President of the Republic Dr. Iyad Allawi Sunday 11/2/2018.
His eminence with Allawi discussed the latest developments in the political situation in Iraq and the region, the elections and the post-Daesh phase His eminence stressed that the upcoming elections are crucial and no less important than the 2005 elections, called for political calmness, have a positive approach and present programs for the Iraqi voter.
Regarding the post-Daesh phase, both sides agreed on the importance of social, economic and developmental solutions as well as intellectual remedies. His eminence stressed the importance of victory in the fourth challenge the challenge of state-building to be the culmination of the three previous victories, the military victory over Daesh, the societal victory over sectarianism and the political victory over challenges that faced the unity and advocated for division.