Sayyid Ammar al-Hakim: Building a state requires entrusting those who have the vision, plan and efficient team 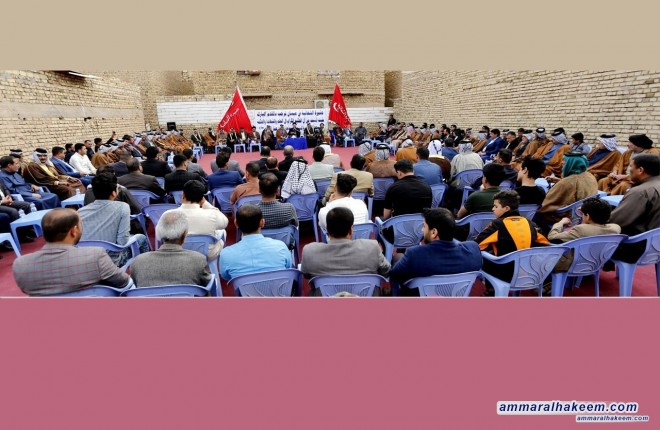 Head of the National Iraqi Alliance, Sayyid Ammar al-Hakim, during a meeting with elders and tribal figures of the Shaghanbah tribe in Missan Thursday 15/2/2018, indicated that building the state requires entrusting who have the vision, plan and the efficient team, pointed out that Iraq is in a pivotal stage and the upcoming elections are crucial and no less important than the 2005 elections. His eminence called for dealing with tribal conflicts in civilized ways, shouldered the Iraqi tribes the responsibility of handling who use force in tribal dispute, stressed the need to find solutions from within the tribal institution, the Iraqi tribes are one of three pillars that protected Iraq and its project along with the religious authority and the Husseini rituals.