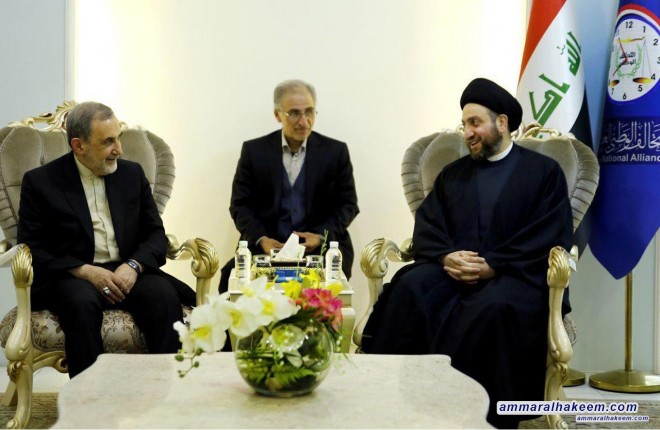 Head of the National Iraqi Alliance, Sayyid Ammar al-Hakim, in his office in Baghdad received Advisor to the Leader of the Islamic Revolution in Iran Dr. Ali Akbar Velayati Friday 16/2/2018
His eminence with Velayati discussed the latest developments in the political situation in the region and the post-military confrontation with Daash.
Both sides discussed bilateral relations between Iraq and the Islamic Republic of Iran and ways of enhancing relations on economic and cultural levels, his eminence praised the support provided by the Islamic Republic of Iran to Iraq in the face of terrorism, called for regional dialogue between countries including Iraq, Egypt, Turkey, Saudi Arabia and Iran to set parameters of influence in the area and make the people able to enjoy countries' good and wealth.