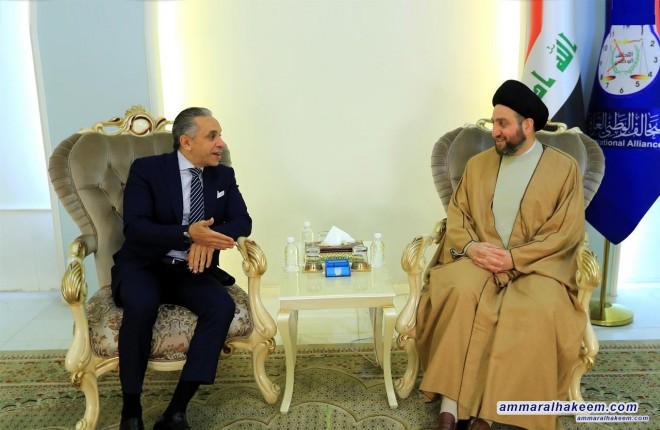 Head of the National Iraqi Alliance, Sayyid Ammar al-Hakim, in his office in Baghdad received the Egyptian ambassador in Iraq Tuesday 27/2/2018.
His eminence emphasized on the importance of Iraq and Egypt position in the region, that is more likely to play an important role in the region stability, stressed the importance of improving the level of relations to serve the two brotherly peoples.
The meeting covered the upcoming important elections in Iraq, his eminence expressed his optimism about the next phase of the process, which will focus on reconstruction, construction, economic development and provision of services to citizens, indicated that victory in building the state will crown the previously achieved victories.