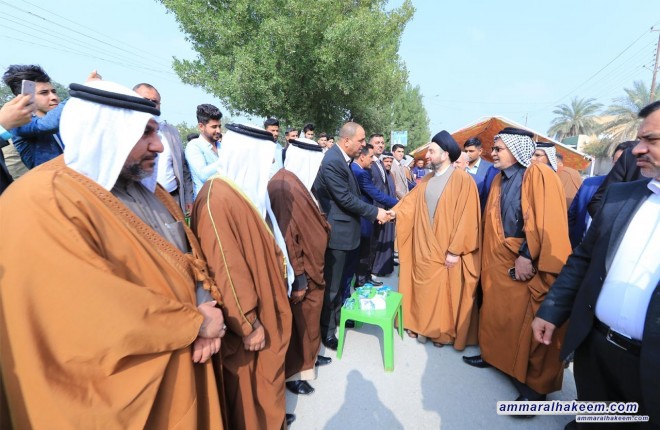 Head of the National Iraqi Alliance, Sayyid Ammar al-Hakim, and during his tour to the holy province of Karbala Wednesday, 28/2/2018 met with elders and tribal figures of the Bani Hassan and Shammar tribes.
His eminence praised the role played by the Iraqi tribes in the face of dictatorship and confronting terrorism, supporting the political process and the democratic system.
His eminence pointed out to the fourth victory before Iraq, the challenge of building the state and providing services, indicated that this victory may seem difficult, but possible and not impossible if efforts go hand in hand, and enabled whom have the plan, vision, tools and capable team, stressed that the fourth victory is necessary to maintain military, political and societal victories achieved by Iraq during the period of more than a decade.
His eminence pointed to the importance, prestige and sanctity of Karbala province, indicated that the tribes of Karbala have history in supporting the blessed religious authority, the tribes are the third pillar that protected Iraq and its project along with other pillars the religious authority and the Hussein rituals.