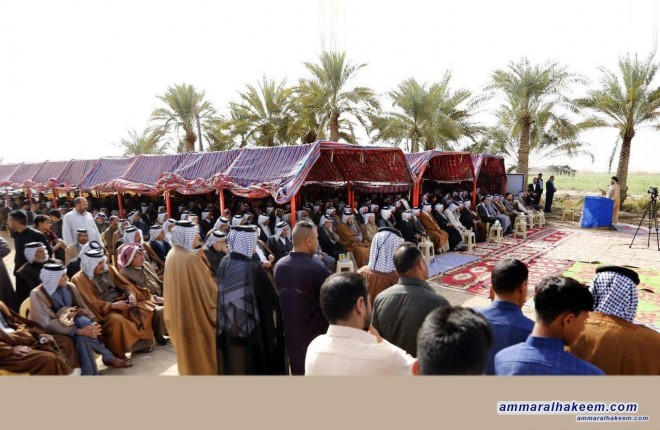 Head of the National Iraqi Alliance, Sayyid Ammar al-Hakim, during his visit to the holy city of Najaf Wednesday 7/3/2018 met with a group tribal members of the Bani Asad, al-Aghrat and the of Albu Arif.
His eminence indicated that the next phase is the state-building, which is a necessity at the current time, indicated that Iraq's need to politicians capable of diagnosing problems and providing solutions without complaining.
His eminence called to distinguish between politicians who are complaining and who have the program, plan, vision and the team capable of providing services, pointed out the importance of victory in the fourth challenge the challenge of state-building.
His eminence pointed out to the world's positive view towards Iraq, and that the countries of the world consider Iraq a rising country while other countries are preoccupied with stability and how to face regression, called to invest this positive view to work on building a fair modern state.