Sayyid Ammar al-Hakim: Building a strong and proud state is not impossible 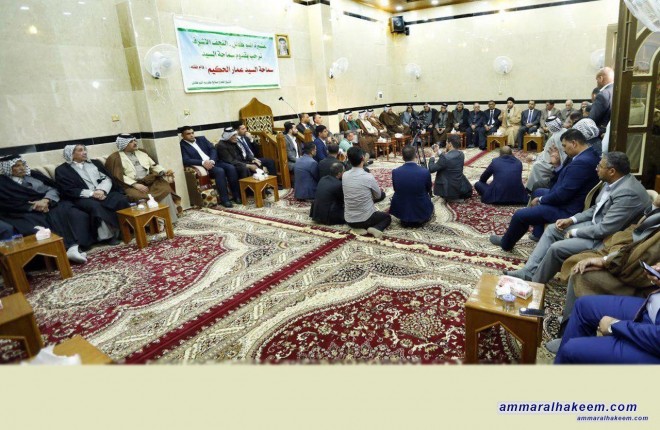 Head of the National Iraqi Alliance, Sayyid Ammar al-Hakim, met elders and tribal figures of the Albu Kalal tribe in Najaf Wednesday 7/3/2017
‎His eminence stressed the importance of taking the right decisions that promote the country and contribute to concluding the last chapter after the great achieved victories.
His eminence added that the major victories achieved create greater responsibility, indicated that Iraqis on the heels of a new victory, building a strong and proud state that will solve the problems of agriculture, industry and revive economy and provide services, as these are the basis of launching the next phase with having a vision, a program and clear plans.
His eminence stressed the importance of having the will and willingness to implement the vision in building the state, and building the state is not impossible, despite its difficulties.
He pointed out that rumors and misinformation are not affecting Iraqi people as before, and " We are sure of the awareness of the Iraqi people ability to refute strife", stressed that tribal elders have a significant role in clarifying issues.