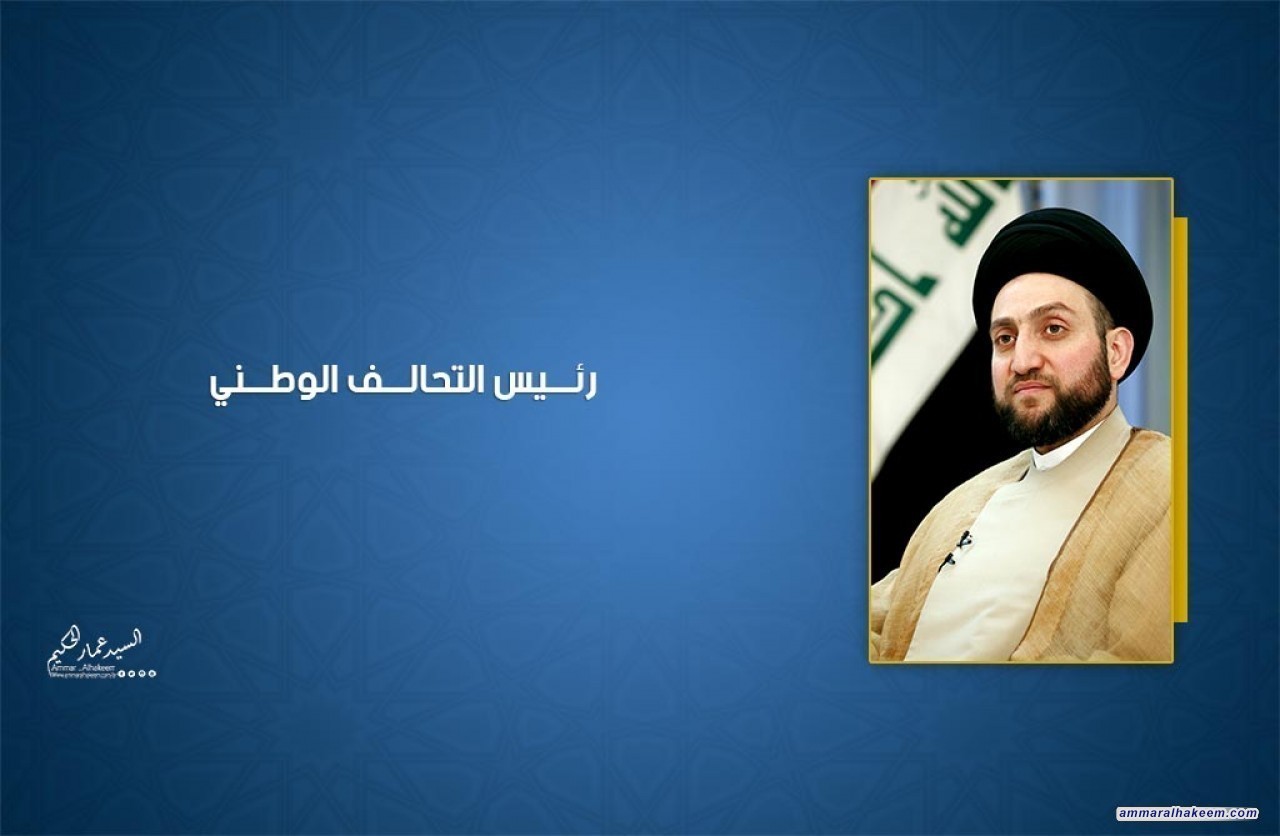 Head of the National Iraqi Alliance, Sayyid Ammar al-Hakim, telegrammed chancellor of the German Republic Angela Merkel marking her election for the fourth time Sunday 18/3/2018.
His eminence considered Merkel's reelection a reflection of German people's confidence of her international and domestic approaches, called for strengthening cooperation between Iraq and Germany to serve both German and Iraqi peoples. The text of telegram reads as follows: -

Your excellency Angela Merkel Chancellor of the Federal Republic of Germany

Best Greetings
We would like to extend our congratulations to you, marking being elected as Chancellor of the Republic of Germany for a fourth session, in which reflects the confidence of the German people in your approach on both national and international levels. And We are looking forward to strengthening bilateral relations and expanding fields of cooperation between our two friendly countries and peoples, in order to promote chances of achieving international peace and security, Best of luck to you and further progress and prosperity to the German people

With my highest regards