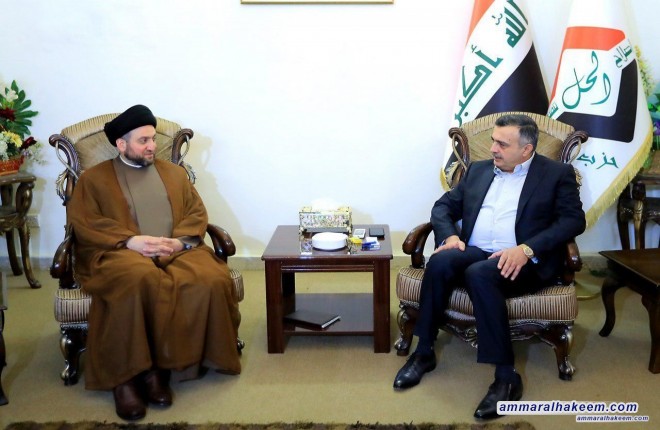 Head of the National Iraqi Alliance, Sayyid Ammar al-Hakim, in his office in Baghdad received Mauritanian Ambassador Sadati Ould Ahmed al-Sheikh Aisha Tuesday 27/3/2018
His eminence with Aisha discussed bilateral relations between the two countries and peoples.
His eminence stressed that Iraq is open to all according to common interests, pointed out that Iraq has faced terrorism on behalf of the world and everyone has its responsibilities in countering the existing extremist ideology.