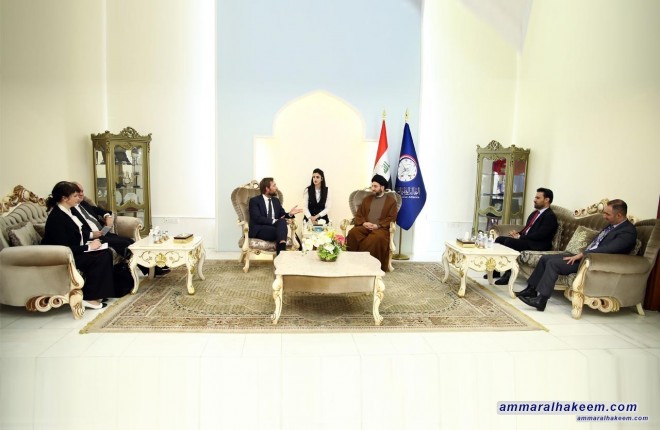 Head of the National Iraqi Alliance, Sayyid Ammar al-Hakim, in his office in Baghdad received Norway Ministry of Foreign Affairs delegation 4/4/2018
His eminence called to continue Norway support to Iraq against terrorism through contributing to the reconstruction and building Iraq, praised Norway's role in the fight against terrorism through its participation within the international coalition against ISL.
His eminence urged everyone to support Iraq and contribute to economic development on the basis of common interests, which consolidate Iraq's approach to openness towards the international and regional surroundings, indicated that Iraq is a country of promising economic opportunities, and should be invested in providing best living standard aspired by Iraqi people and address unemployment and lack of services.
His eminence emphasized that the developmental and economic goals require a strong and effective government capable of seizing historic opportunities to shift Iraq to a new phase, and considered elections as main portal to achieve all ambitions and consolidate the democratic system.