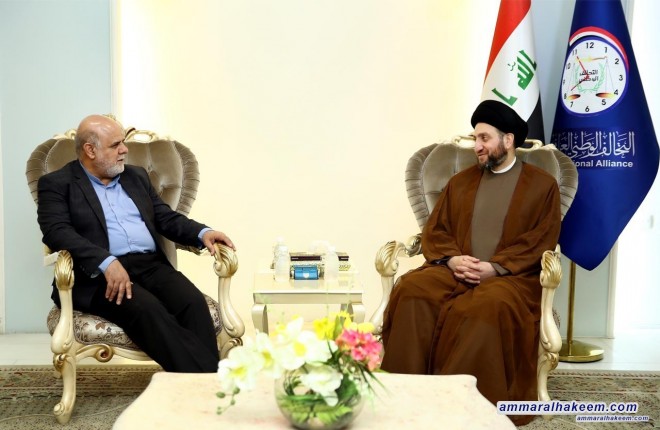 His eminence with Masjedi discussed bilateral relations between Iraq and the Islamic Republic and means of developing relations to serve the two neighboring peoples.
His eminence pointed to the common ties and interests and the importance of developing them, including borders and trade relations and the necessity of finding free zones to strengthen trade relations, his eminence stressed the importance of easing measures to millions of pilgrims.
His eminence also pointed to the pivotal role of Iraq and its ability to play a major role in calming the region as well as economic roles of Iraq, which contribute to support the region.