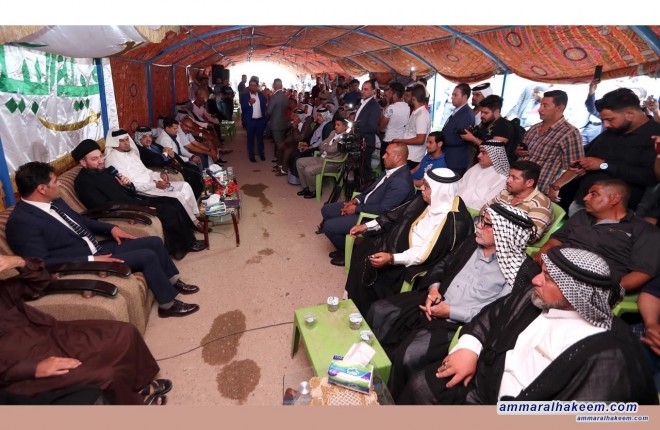 His eminence stressed to turn words of patriotism into a real feeling through making Iraqi decision internally and according to Iraqi interest and priorities of Iraq, pointed out that proceeding on the basis of Iraqi interest is not something new, but rather it is how all other countries care for their interests, and there is no country in the entire world favouring interests of others over its own interests.
His eminence considered that not predicting winners of elections is a sign of the maturity of the Iraqi democratic experiment.
His eminence welcomed any action towards the interest of Iraq, indicated that Iraq is open to all on the basis of its interests, and elections boycott is the best reward to officials reported by people and lack performance, pointed out that responsibility is collaborative, all are accountable and the citizen is accountable and must elect the best with a vision and program not only focusing on toppling others.

Regarding the victories achieved by Iraq, his eminence stated , "building a strong state will eliminate many of problems," noted the importance of maintaining the military victory on the Daesh and societal victory over sectarianism and political victory over trends and calls that threatened the unity of Iraq.