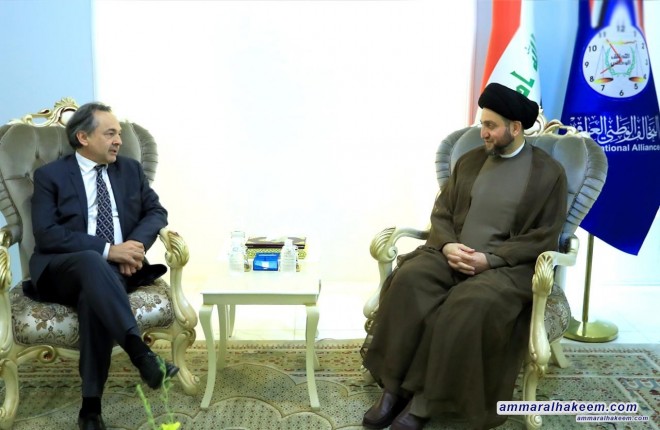 His eminence with Kepel discussed mechanisms of denouncing violence and combating extremism.
His eminence pointed out that Iraq has made a military achievement in the face of Daesh terrorism on behalf of the world, calling on the world to assume its responsibilities towards Iraq, the security of the world begins with stability of Iraq and regaining Iraq's international and regional status.
His eminence pointed that the openness of Iraq to its regional and international environment is a priority of the new phase, recalling the role of the Iraqis and their contribution to human civilization, and currently Iraq needs to benefiting from the successful cultural and civilizational models in the world, pointed out the existence of a historical opportunity that enables Iraq to regain its historic role in the region and strengthen regional peace and security.