Sayyid Ammar al-Hakim to head of Mandaean Society: Multiplicity of lists for components increases likelihood of establishing a national majority 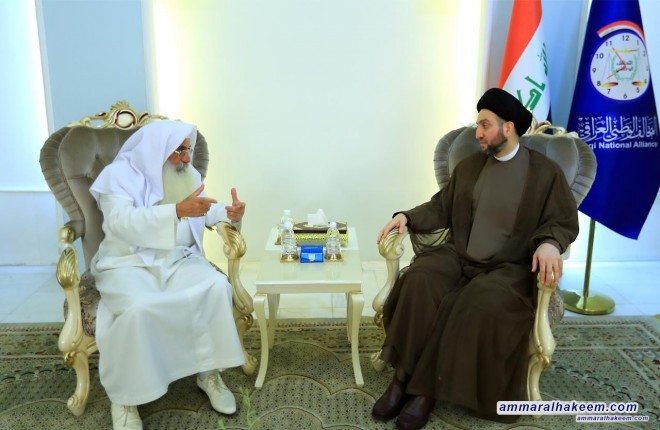 His eminence stressed on the need to form a national majority in the next phase corresponded with a national minority, and that multiplicity of lists representing components increase the opportunity to achieve that majority.
His eminence stressed the need to address the effects of the Daesh on psychological and social and intellectual levels, and importance of promoting peaceful coexistence and community peace, expressed optimism about the electoral map, describing it as positive.

His eminence stressed that most of the lists became cross-component, and the discourse became patriotic, among that the multiplicity of lists that represent the components increased the possibility of establishing a national majority and the presence of a minority that represent opposition to evaluate and redirect.
His eminence called for a national majority representing the components, adding that the number of seats is not adequate to form a government, but alliances, noted that the Al-Hikma National Movement is the first on making alliances, and in terms of seats, the list of Al-Hikma are the most coherent.

On another regard, his eminence criticized provoking regional tensions, especially with regard to the Syrian crisis.
Sheikh Sattar praised the moderate discourse and the approach towards attention to all Iraqi components.