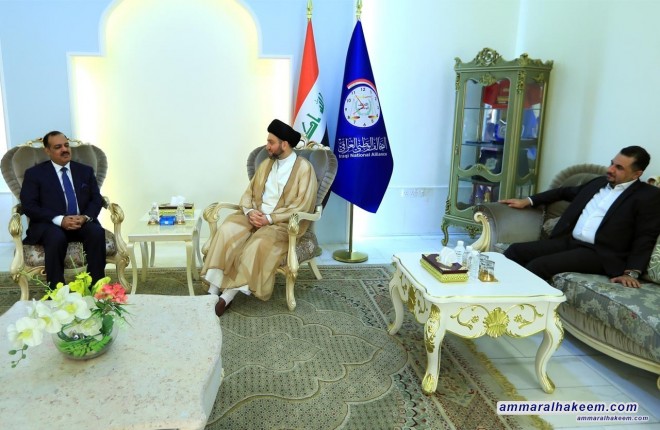 Head of the National Iraqi Alliance, Sayyid Ammar al-Hakim, in his office in Baghdad received MP Talal al-Zawbaie, and discussed the latest political situation and upcoming election.
His eminence stressed the importance of investing the remaining tenure of the Council of Representatives to pass important laws, especially laws that are directly handling the citizen aspects, stressed to follow up on corruption and monitor and accountability of corrupt and expose them.
Sayyid Ammar al-Hakim stressed the importance of competing based on electoral programs, called to avoid discrediting of others because it will never serve anyone and will cause failure of whom practice such behavior.