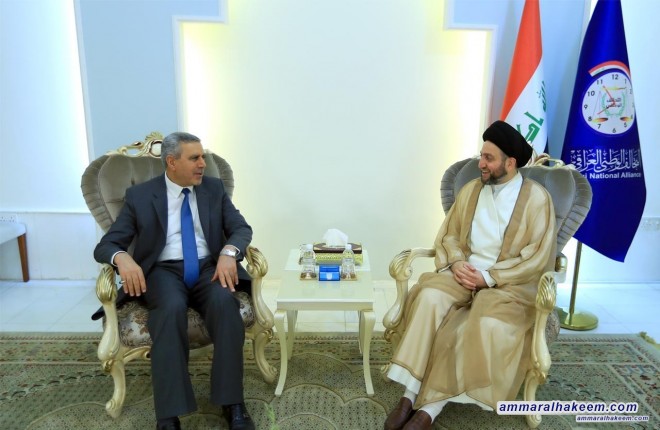 Head of the National Iraqi Alliance, Sayyid Ammar al-Hakim, in his office in Baghdad received secretary-general of the Islamic Dawa Party of Iraq, Khudair al-Khuzaie 18/4/2018

His eminence with Khuzaie discussed political situation and the upcoming elections, stressed that the next elected government should be a strong government of service with pre-agreed deadlines for accomplishment.
His eminence stressed the importance of realistic electoral programs based on priorities, stressed to produce a government of the national majority to enable it to provide services and form pro-goverment and opposition to rectify the political process, pointed out that the criterion will be based on the electoral program and the mechanism of service provision to citizens.
Regarding elections aspects, his eminence called to compete in presenting achievements and what has been achieved during the past period, and the importance of investing opportunities because elections are pivotal and will shift Iraq to stability and state-building building.