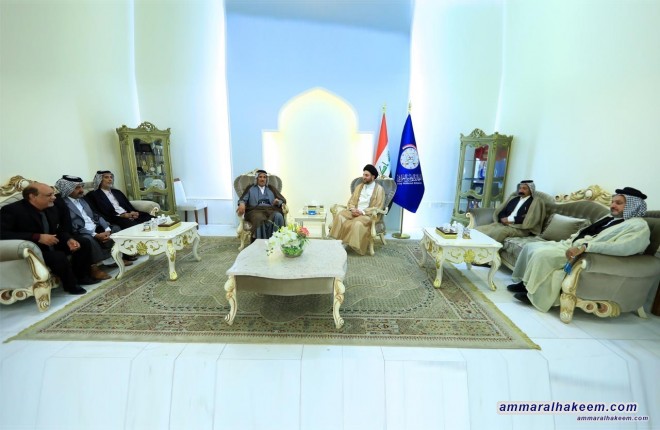 His eminence praised role of the tribes that contributed in defeating terrorism and defending the Iraqi experience, pointed out the importance of assuming responsibilities to win the challenge of building the state through encouraging competent and honest personages.

His eminence indicated that winning the challenge of state-building is necessary to preserve victories achieved on military levels by defeating Daesh, on societal level by repelling sectarianism and on political level by preserving the unity of Iraq. His eminence warned against falling back to square one in case of failure to build state and institutions.

His eminence stressed the importance of considering i

nterest of Iraq in all transactions, stressed the need to preserve the Iraqi decision in line with the bilateral relations and common interests between Iraq and the countries of the region and the world.

Regarding the upcoming elections, his eminence indicated "it is crucial and decisive elections and no less important than the 2005 elections, which founded democracy," and that elections will shift Iraq to stability, called to invest opportunities with the support of those who have a clear plan and program for the advancement of Iraq and provide a the strong government that provide services.