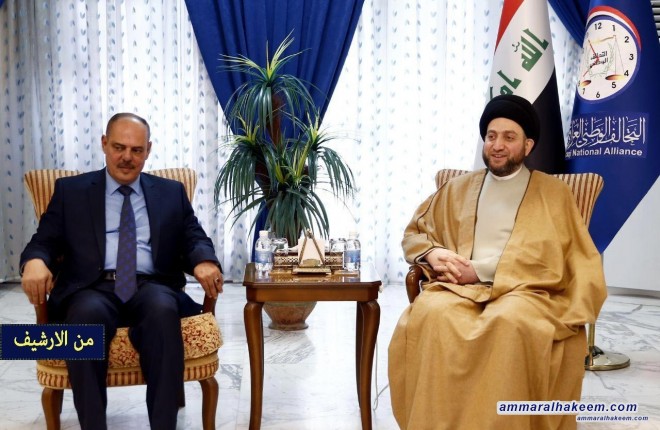 Head of the National Iraqi Alliance, Sayyid Ammar al-Hakim, congratulated the Iraqi journalists' leader Muayyad al-Lami marking renewing confidence for the fourth time in Iraq for another session, urged the national media to keep up with its peer international media.
His eminence expressed his wishes that the Syndicate of Journalists in its new tenure will witness a qualitative transition in performance and work to ensure and consolidate foundations of democracy in Iraq, especially during a great upcoming national entitlement represented in the elections.
His eminence called on the national media to keep abreast of its international counterpart, in order to contribute in preventing attempts to distort the image of Iraq through malicious sides, and to participate in political and national decision-making through diagnosing negatives and evaluating positives through constructive criticism.