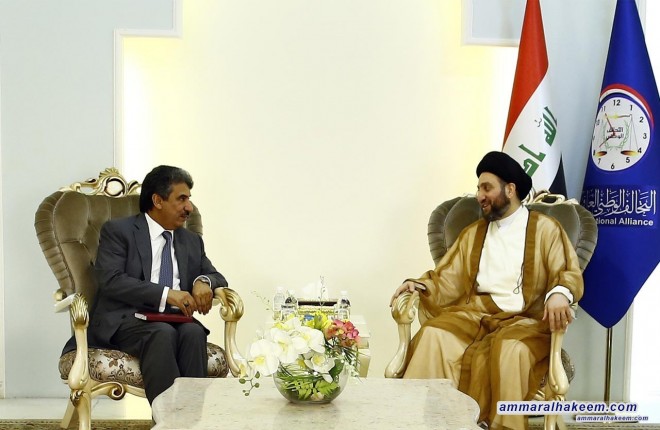 Head of the National Iraqi Alliance, Sayyid Ammar al-Hakim, in his office in Baghdad, received the Ambassador of the Kuwait to Baghdad Salim Ghasab al-Zamanan Tuesday 1/5/2018
His eminence with Zamanan discussed bilateral relations between Iraq and Kuwait, and supporting Iraq in the building and reconstruction.
His eminence stressed that stability of Iraq is necessary for the stability of the region for Iraq's role and impact, appreciated the position of all who supported Iraq in the face of terrorism which Iraq fought on behalf of the world, including Kuwait that carried out the reconstruction conference on Iraq.
His eminence stressed the importance of the elections for the next phase and to be conducted in a competitive and fair atmosphere, noted that the difficulty of predicting winners amongst the blocs prove authenticity of elections and the democratic process.