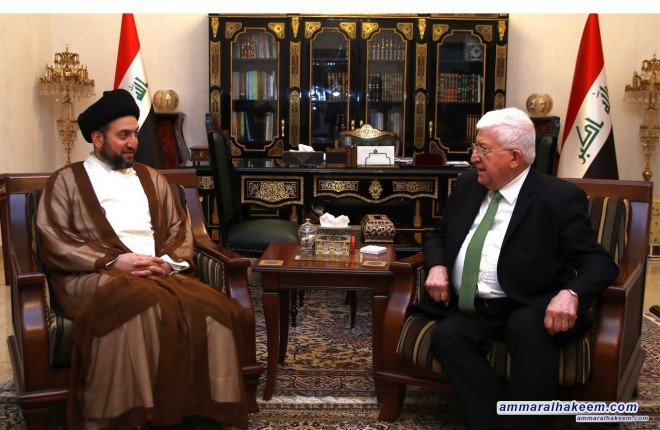 Head of the National Iraqi Alliance, Sayyid Ammar al-Hakim, in his office in Baghdad received the President of Iraq Dr. Fuad Masum Tuesday 1/5/2018
His eminence with Masum discussed the most recent political situation in Iraq and the region and the upcoming election.
His eminence stressed on the importance of competition on the basis of electoral programs and striving for the national majority government that will have the national opposition in order to create the pro-goverment and opposition equation for the continuation of political process stability, and reiterated his vision to the next phase as a stage of stability, called to invest opportunities and provide a government of service to the Iraqi citizen.