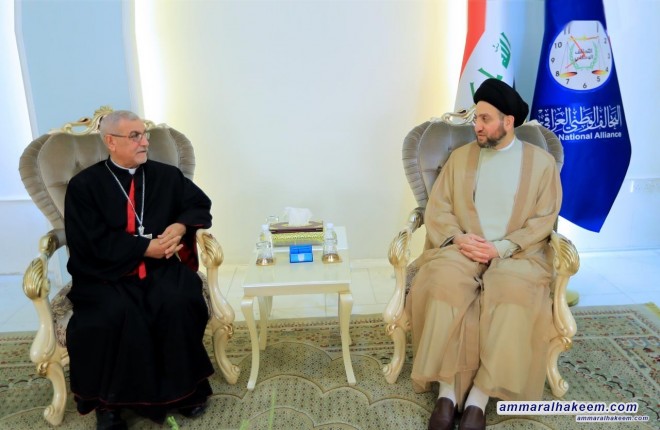 Head of the National Iraqi Alliance, Sayyid Ammar al-Hakim, in his office in Baghdad received a Christian delegation led by Monsignor Dr. Pius Qasha, patron of the St Joseph Church of the Syro-Catholics the latter presented a book of his own writing titled Christians in Iraq integrals, martyrs, oppressed and displaced Wednesday 9/5/2018
His Eminence stressed on unity of the Christians of all communities and sects and the necessity everyone participating in building the nation, reiterated support for this community and giving them the roles they deserve as they represent a qualitative addition to the society of Iraq.
Pius Qasha commended the roles played by Sayyid Ammar al-Hakim in convergence of views, praising communicating with the Christian community during festivities and occasions.