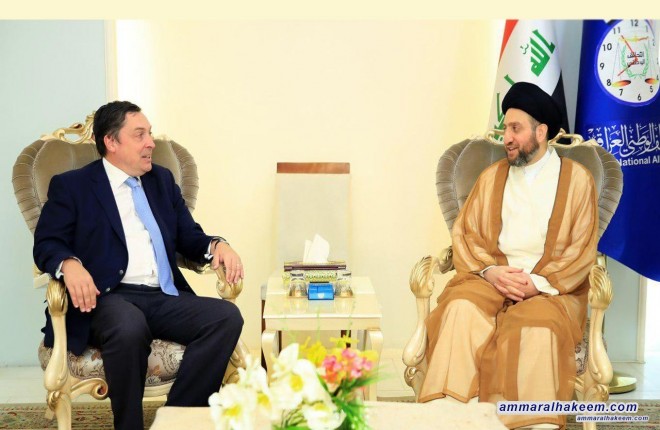 Head of the Al-Hikma National Movement, Sayyid Ammar al-Hakim, in his office in Baghdad received the United Kingdom Ambassador to Baghdad John Wilkes Thursday 17/5/2018
His eminence with Wilkes discussed latest developments of political situation in Iraq and the region, specifically outputs of elections. His eminence indicated that Iraqis have proven their commitment to democratic system through invoking to ballot boxes in order achieve peaceful transfer of power.
His eminence stressed now is the right time to form a government of national majority capable of providing service to the Iraqi citizen as being a top priority.