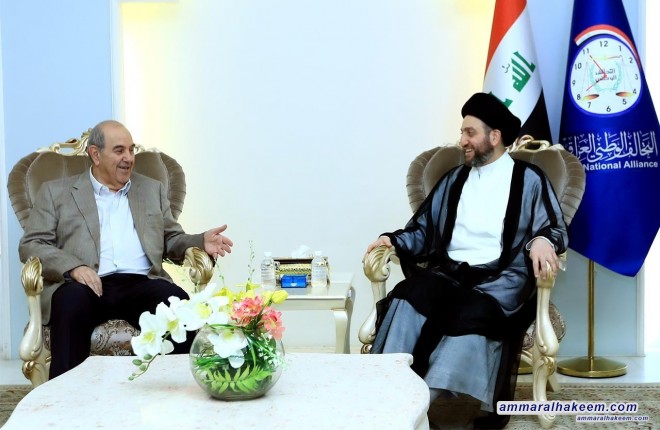 Head of the Al-Hikma National Movement, Sayyid Ammar al-Hakim, in his office in Baghdad received Vice President Dr. Iyad Allawi Sunday 20/5/2018.
His eminence with Allawi discussed the shape and mechanism forming the future government.
Both sides agreed that the future government should include consultation, dialogue and openness to the political powers that share visions and program to form a government of national majority through clear mechanisms.
Sayyid Ammar al-Hakim stressed the formation of a government that provides services capable of achieving the aspirations of the Iraqi people, pointed to the importance of committing to timing of fulfilling promises and delivering programs, stressed the importance of forming the Iraqi government through a national decision based on national interest.