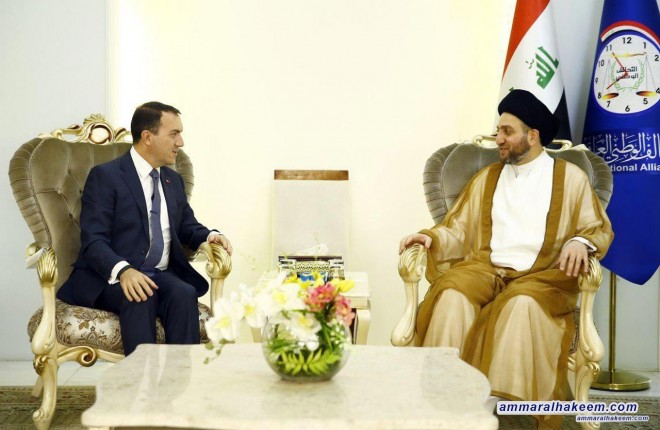 Head of the Al-Hikma National Movement, Sayyid Ammar al-Hakim, in his office in Baghdad received Turkish Ambassador to Iraq Fatih Yildiz Tuesday 22/5/2018
His eminence with Yildiz discussed bilateral relations and means of developing relations to serve the two neighboring peoples.
His eminence highlighted the Iraqi reality and developments political scene, pointed out that Iraq completed elections and proved adherence to real democratic path and resorting to ballot box, stressed that stability of Iraq is in the interest of the security and stability of the region.
Regarding forming the future government, his eminence emphasized the importance of Iraqi decision and in accordance with the national interest and time-bound plans and programs, expressed refusing any antagonizing from any regional or international country. Iraq must seek establishing balanced relations with all, including neighboring countries on the basis of common interests.