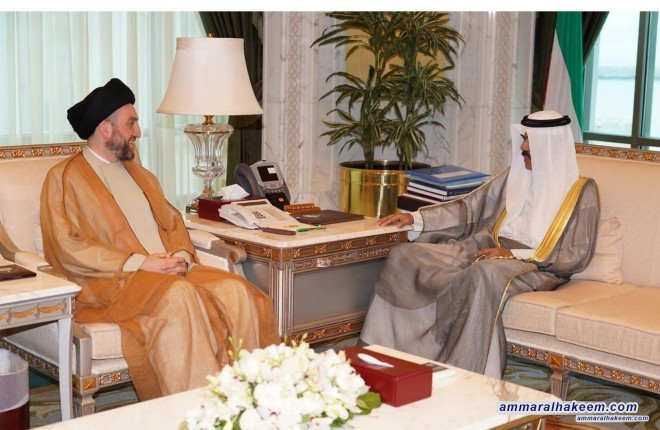 His eminence discussed bilateral relations between the two countries and the two brotherly peoples, and means of furthering relations on political and economic levels.
His eminence pointed out the political situation in Iraq and the results of the recent elections, noted that Iraq is close to harvest fruits of patience and crowning the victories achieved at the political, social and military levels by achieving the state and institutions building and providing services. His eminence pointed out that a strong and prosperous Iraq will be a source of security and stability for the region. And that the military confrontation with Dahesh is over, but ideology and factions still exist, and both require a different kind of confrontation and accountibility of all.
His eminence pointed out that Iraq is on the verge of a new phase, all parties believe in forming a government of service away from political strife, and peaceful exchange of power and the revoking to the ballot boxes is a proof of development and maturity of the Iraqi experience.
Regarding regional and Arab situations, his eminence stressed that dialogue will solve the crises of the region, warned of escalation that does not serve anyone and will prevent the peoples of the region from enjoying their wealth, called on everyone to build on commonalities.