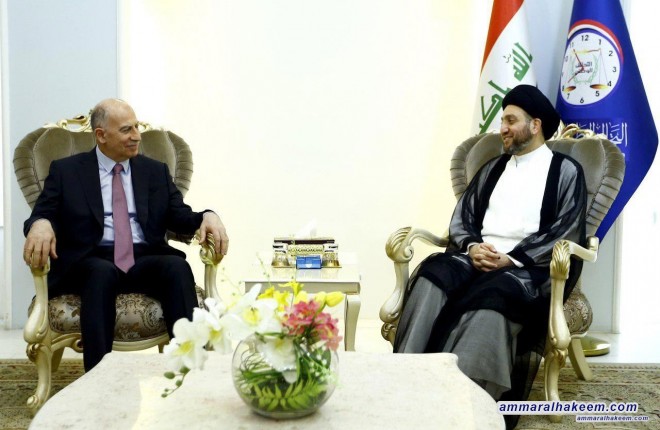 In the framework of communication with the political blocs to form alliances for the formation of the national majority government, Head of the Al-Hikma National Movement, Sayyid Ammar al-Hakim received, in his office in Baghdad, received Vice President Osama al-Nujaifi Thursday 24/5/2018
His eminence with Nujaifi discussed alliances required for the next government according to be formed within constitutional timeframe.
His eminence inidicated that the next government should be a government of service, not a government of crisis, a government of building, reconstruction and services provision that abide by the law and not be above it, indicated that the government must be in accordance with the principle of the national majority in order to settle the political system by the existence of national government and national opposition.
His eminence reiterated conditions of the next alliance to be in accordance with a clear and specific program and time-bound projects for service provision, and making the Iraqi decision in accordance with the Iraqi interest, indicated that the Al-Hikma Movement supports government of technocrats and experts if they were independent technocrats or others.