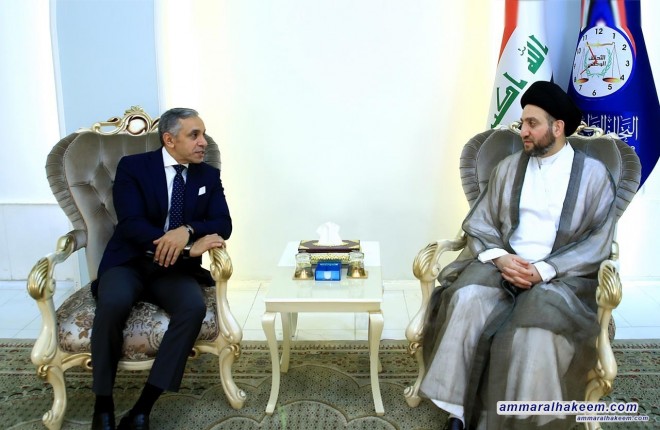 Head of the National Iraqi Alliance, Sayyid Ammar al-Hakim, in his office in Baghdad received the Ambassador of the Arab Republic of Egypt, Alaa Abdel Moneim Moussa Monday 28/5/2018

His eminence with Moussa discussed bilateral relations between the two countries and means of developing them to serve the two brotherly peoples.
His eminence pointed out the Iraqi political situation and results of recent elections held in Iraq, indicated that Iraq has gone a long way in accumulating progress and proved adherence to the political system and peaceful transfer of power, pointed to the importance of having a national majority government and opposition in order to settle the political system, stressed on the importance of agreeing on programs to present the government of service with agreed deadlines.