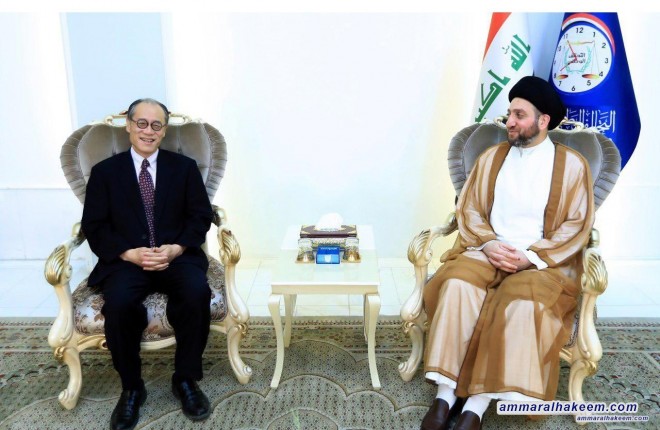 Head of the National Iraqi Alliance, Sayyid Ammar al-Hakim, in his office in Baghdad received Japanese Ambassador to Baghdad Fumio Iwai Wednesday, 30/5/2018
His eminence with Iwai discussed means to develop relations between Iraq and Japan, called on to invest in Japanese companies stressed achieveming reconstruction, economic development and services to people, noted the need to priotorize these goals for the next phase to compensate the Iraqi people for times of instability.
His eminence covered forming the future government, noted that Iraq needs an active government capable of meeting the aspirations of Iraqis.