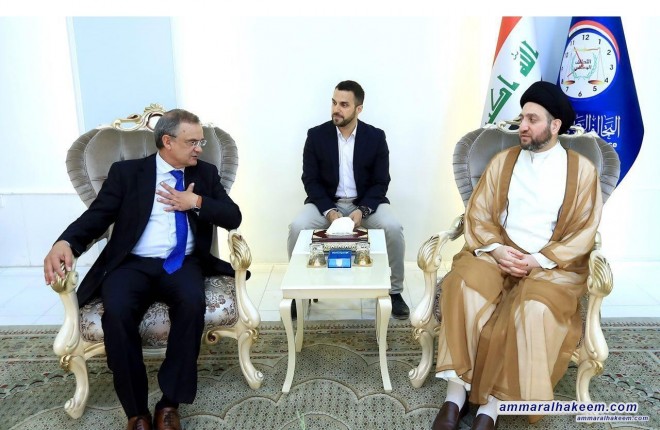 Head of the National Iraqi Alliance, Sayyid Ammar al-Hakim, in his office in Baghdad received the Ambassador of the Kingdom of Spain, Juan José Escobar, Thursday 31/5/2018
His eminence with Escobar discussed bilateral relations at political and economic levels.
His eminence touched upon the Iraqi reality, pointed out the importance of Iraq's openness to the world based on common interests, and that Iraq accumulated positive experiences and proved its adherence to elections as only way to peaceful transfer of power.
Regarding the future government, his eminence indicated that current phase requires a national majority government with active presence of Iraq's communities, stressed the necessity for a government of service, not a government of crisis, a government of programs and not a government of individuals.