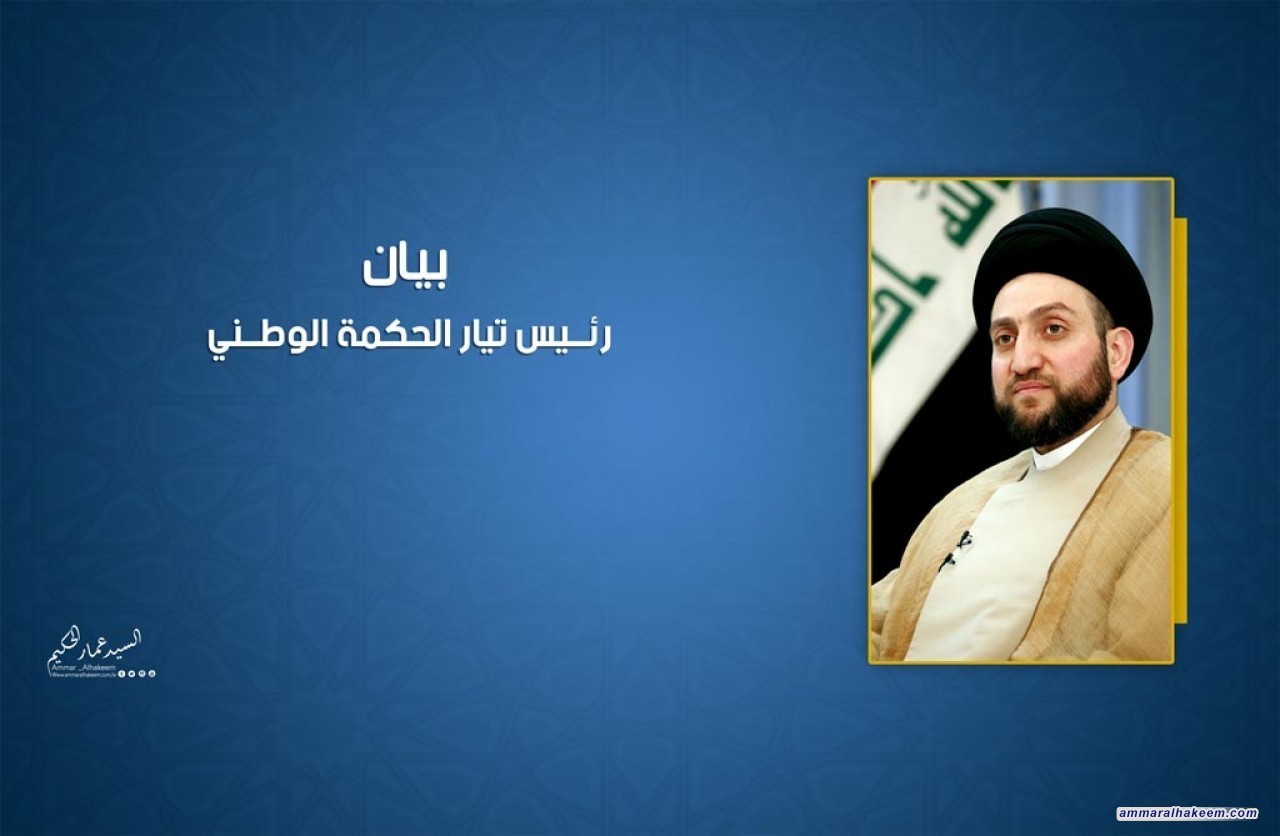 Sayyid Ammar al-Hakim expressed his deepest regret over the attack on Sadr City, Baghdad, last night due to explosion of weapon caches and explosives, that took lives of a number of citizens and caused serious damage to property, his eminence declared solidarity with his family of Sadr City praying Almighty Allah to be merciful to martyrs and award the wounded with recovery. His eminence called to remove weapons and explosives from populated areas, and expressed unequivocal rejection to militarization in all cities of the country and to all that would threatens the security of the country and the citizens.