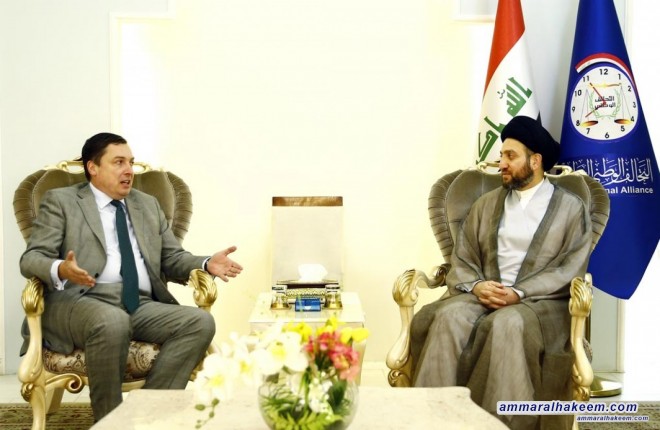 Head of the National Iraqi Alliance, Sayyid Ammar al-Hakim, in his office in Baghdad received the United Kingdom Ambassador John Wilkes Monday 11/6/2018
His eminence with Wilkes discussed bilateral relations between the two countries, called to look into the problems raised over the recent electoral practice through legal and constitutional means, stressing the importance of conducting these measures to protect voters' choices, will and wishes.
His eminence stressed the importance of continuing the political process that will leas to form a new government capable of meeting the aspirations of Iraqis, stressed the need to exclude the government from political rivalries.