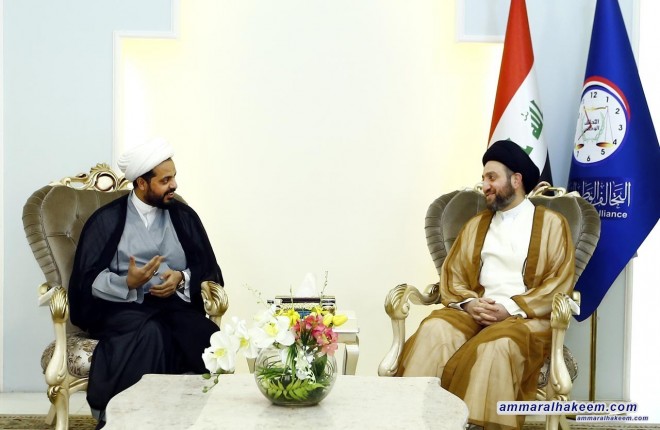 Head of the National Iraqi Alliance, Sayyid Ammar al-Hakim, received delegation of the Fatah Alliance headed by Sheikh Qais al-Khazali, Baghdad Tuesday 12/6/2018
His eminence with Fatah Alliance delegation discussed latest developments in the electoral situation and how to handle problems raised through legal and constitutional methods, plus continuing dialogues to form the next government and form the largest bloc.
His eminence stressed the importance of using legal and constitutional frameworks to resolve the problems raised around elections, indicated that dialogues to form the largest bloc and the next government have to continue in order to form a government of service away from crises.
His eminence pointed to the importance of realizing the aspirations of the Iraqi people and form a government of serve, government of crisis , a government that respects and applies the law, not a government that sees itself above the law.